Most people in the English-speaking world probably associate the idea of Advent markets with Germany. But Austria has a centuries-long tradition of similar markets and, arguably, Vienna can lay claim to the oldest with its December market.

And, while the German markets may have the big-city attractions and the charm of timbered houses in their historic quarters, Austria can point to the romance of some of the smaller towns with their mountain backdrops and, perhaps as important, an increased chance of a market in the snow. 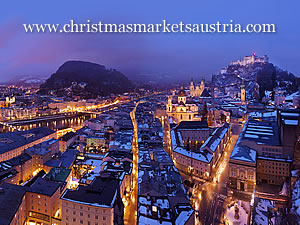 On ChristmasMarketsAustria we have information about the markets in some of the largest towns in the country: 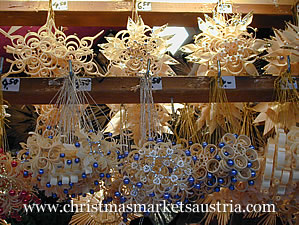 On each city page you will find a quick overview of what is on offer in the location; a list of the main markets with durations, opening times and contact information; a few suggestions of other things you might like to do if you are thinking of a short break before Christmas; and a map of the centre of the city, with market locations, train stations and tourist offices marked on it.

We hope that the information on the site inspires you to take a look at what Austria is like in the Advent period before most of the ski holiday programmes have started up.